The images shown below “blink” the frames that contain the plane with the frames just prior to them. These png images, blinked with a custom Javascript routine, use the images provided directly in the FOIA release and have better color resolution than the earlier animated gif images that were made from them. We have done no image enhancement from what was received in the FOIA request, only magnification for the zoomed image pair. 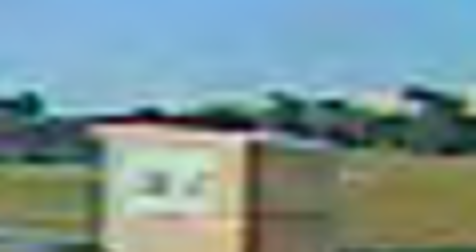 This is a zoomed-in detail of the view from what we shall call Camera 1. 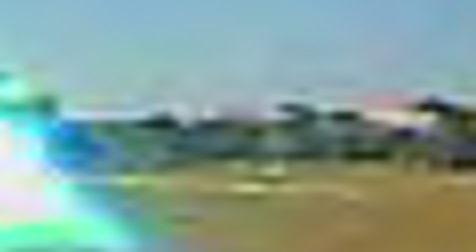 The view from Camera 2 shows the plane a fraction of a second earlier. Since the plane is approaching us as it moves to the left, and since all of these images have barrel distortion, the image of the plane is smaller than the Camera 1 image. 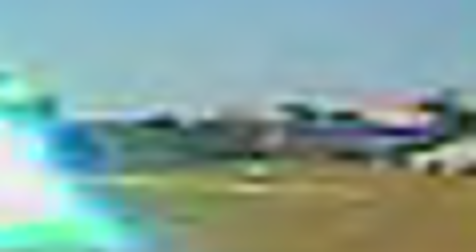 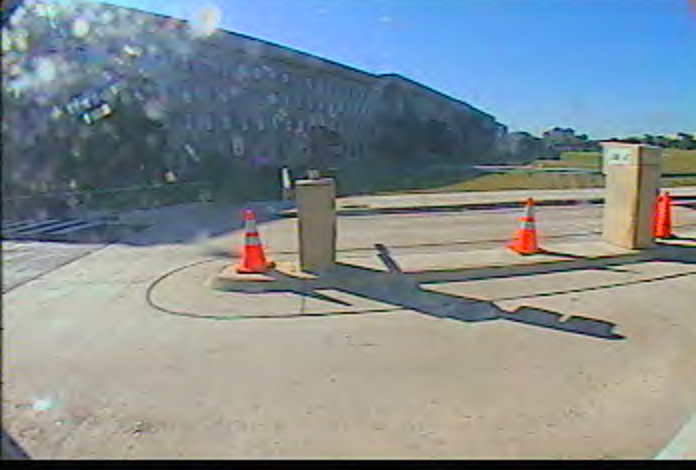 This view blinks the full image from Camera 1. 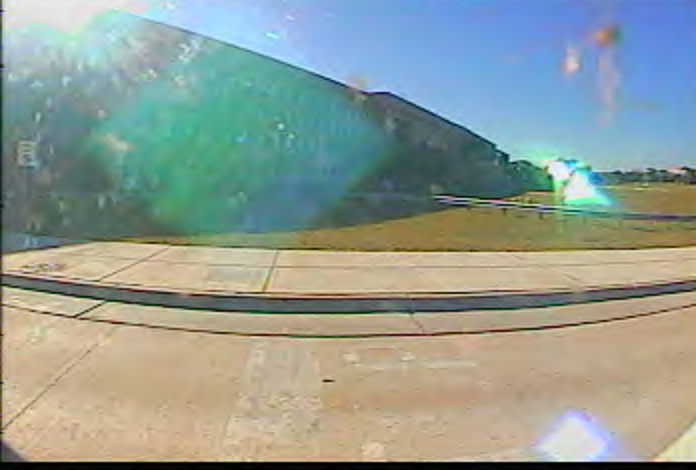 This view blinks the full image from Camera 2.

Except for the white smoke trail, the plane is not seen clearly in a still image due primarily to three factors:
1 – The low contrast between the backlit plane and the background.
2 – The extreme wide angle lens and low resolution of the video camera/recorder.
3 – Some blurring due to the motion of the fast moving plane.

Blink comparators are commonly used to detect subtle differences in astronomical photographs to be able to find variable stars, movements of asteroids, etc. Blinking the frames allows the eye to more easily discern the plane in contrast with the fixed background.