A talk presented for the AE911Truth webinar series.

Interview with JM Talboo, of 911Debunkers.BlogSpot.com

9/11: The Devil’s in the Details
Science deals with big ideas, but progress in science has always involved attention to the seemingly small details. If the details don’t come out right the big ideas are flawed.

9/11 Experiments: The Arbitrator of Competing Hypotheses
Any theory that does not match experiment is wrong. It doesn’t matter what the computer models predict, how much funding is behind it, what the experts say, or what everyone “thinks”. Nothing can fool the laws of physics.

9/11 Experiments: The Mysterious Eutectic Steel
Did rubble from the WTC really cause those eutectic formations ,as we were led to believe?

9/11 Experiments: Newton vs. NIST
Does NIST think Newton’s laws are only suggestions?

9/11 Experiments: Eliminate the Impossible
When you have eliminated the impossible, whatever remains, however improbable, must be the truth.

Expert vs. Expert
There is no single “official account” of how the buildings came down on 9/11. There is a bewildering array of pronouncements that contradict each other and the evidence. The only thing all of the “official accounts” have in common is that they deny that explosives were used: the only hypothesis that actually accounts for all the evidence.

For the Undying 9/11 MORONIC Replies
This video speaks for itself. Bad science dies hard.

9/11 Experiments: The Force Behind the Motion

High Rise Fires: Structurally safe? …or sudden death!
Fire induced progressive collapses are becoming more common. Firefighters around the world should avoid entering any high rise fires until this new phenomenon is clearly understood, and buildings subject to this phenomenon are identified.

And for those who say an aluminum plane couldn’t have penetrated the steel perimeter columns of the World Trade Center twin towers or the wall of the Pentagon, check out this photograph of the damage done by a Kamikaze when it hit the side of the USS Hinsdale in World War II. 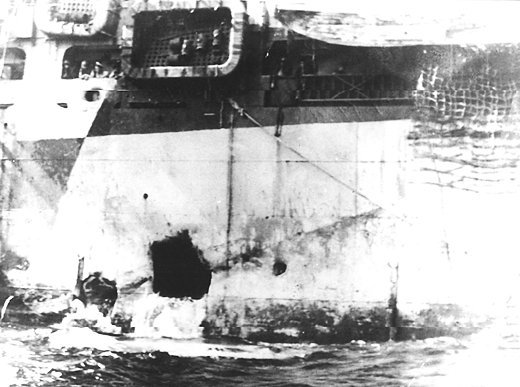