[Frank Legge died on October 20th 2016 after a lengthy illness.  All of us who knew him and worked with him feel a great loss.  Kevin Ryan wrote a remembrance of Frank highlighting his contributions to the 9/11 Truth Movement posted on his blog, Dig Within.  His original site can still be viewed, but with comments disabled. It is being maintained as an archive of his work by David Chandler. The content of his site is also being mirrored here, under the Frank Legge tab, as a backup.] 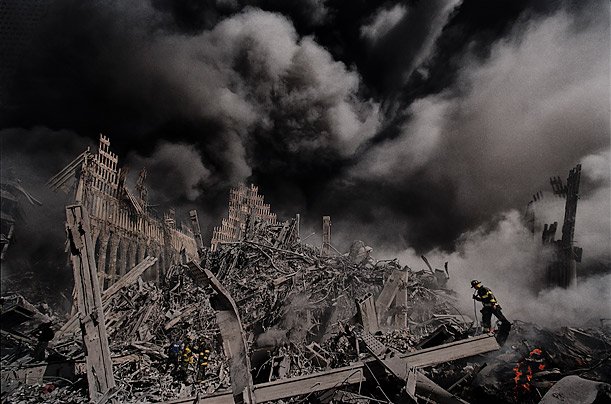 Plenty of steel, but where is all the concrete?

On the 11th of September, 2001, two passenger aircraft were taken over and flown into the Twin Towers of the World Trade Center (WTC). After about an hour the towers collapsed with much loss of life. Several hours later a third skyscraper fell, though it had not been hit by a plane. Two other aircraft were also taken over that day. One apparently flew into the Pentagon and the other was brought down in Pennsylvania. The tragic events of that day, and the day itself, have become known simply as 9/11.

Is the concrete here, traveling north?

There is much controversy over what happened that day, not only between those who support and those who dispute the official explanation but also among various groups within the “9/11 truth movement”. The basic purpose of this website is to examine and present soundly based scientific evidence that the buildings were brought down by “controlled demolition” using explosives. It is hoped that this will provide a clear picture by collecting together the most compelling evidence for demolition, while avoiding those aspects of 9/11 which are still in dispute. 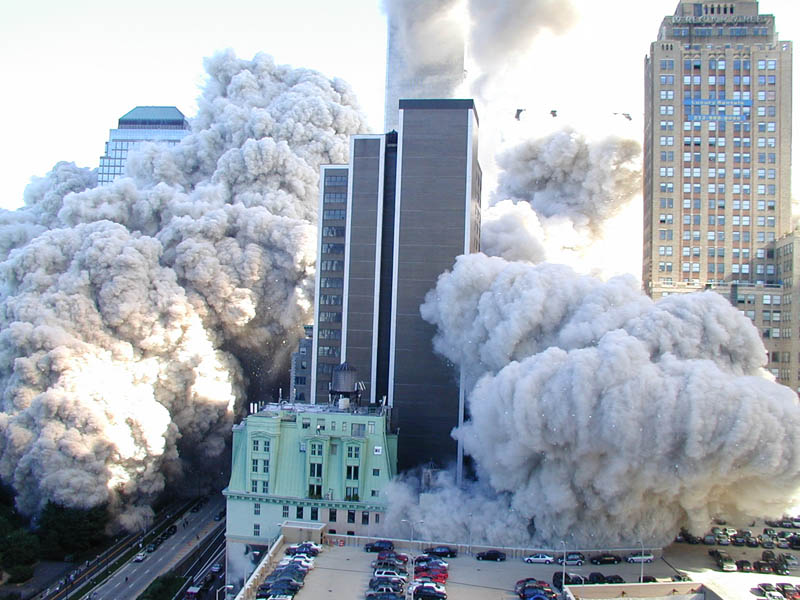 The US administration does not admit the possibility that the towers were brought down with explosives. The government has authorized three major investigations, all of which attempt to explain the collapses of the towers as due solely to the combined effects of the plane impacts and the resultant fires. None of the investigations properly examines the question of whether controlled demolition might better fit the observations. It is an extraordinary fact that the 9/11 Commission report did not mention the collapse of the third building.

A major 9/11 controversy is to do with the attack on the Pentagon. Some assert that the plane came in from a more northerly direction than that described in the official reports, having deviated around the nearby gas station, and thus could not have done the observed long line of damage. The angle of bank required to perform this maneuver is greater than shown in the image at the top of this page. A bank angle such as that would have astonished observers and there would have been much discussion and reporting of it. Few witnesses mentioned bank angle, however, and those that did said it was slight. Some said the plane was flying wings level. Some said the plane did not deviate but flew straight as it approached the Pentagon. It can be concluded that no such extreme bank angle occurred and that the deviation did not occur. This is described more fully in the “Pentagon” page.

This site sets out in “The Case” a range of evidence-based arguments that explosives were used in controlled demolition. These arguments are backed up by a substantial number of scientific papers, most of which are peer reviewed. Find these in “Papers”.

Beside scientific articles there are clues to be found in photographs. Right-click the images here to obtain a larger, clearer view. There is also a page where several useful images are discussed; see “Images”.